Thanks to ever-evolving technology in modern times your options in the types of diamond or gemstone available for purchase have only broadened. With Cape Diamonds’ transparent approach to all their clients concerns, you can know more about the kind of investment you are making and exactly what you are getting out of it. The most noticeable difference is the price.

Earth-made natural diamonds are millions of years old. They symbolise eternal commitment and are associated with romance, while lab-created diamonds and moissanites are visually similar and more affordable.

Please see our price comparisons for the stones below.
Enquire about moissanites and lab diamonds. 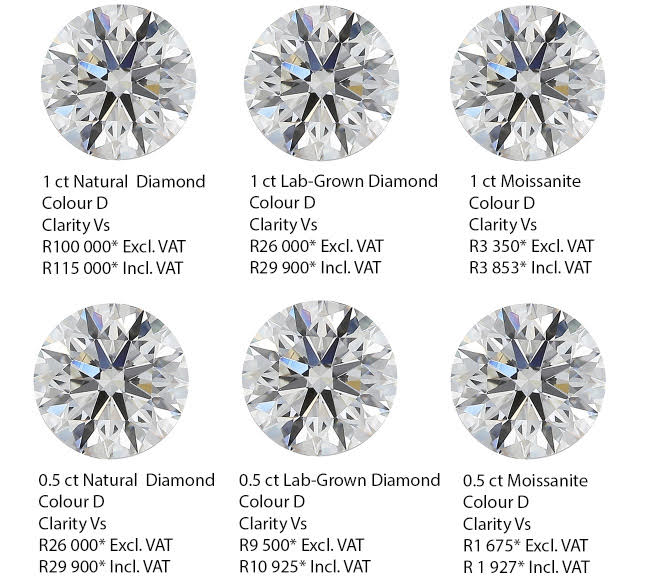 NOTE: Any diamond price indicated above can be added to the individual ring style value shown on the website.

Diamonds have been around for many years, dating back to as early as the fourth century BC in India where a trade in diamonds began. There was a very limited amount found and were owned initially by India’s elite. Indian diamonds found their way to Western Europe where they started to become fashionable accessories amongst Europeans.

By the 1700s India’s supply of diamonds began to decline and Brazil dominated the diamond market for over 150 years.

In the 1800s Western Europe and the United States saw increasing affluence from the initial diamond discovery and once the first substantial diamond deposits were uncovered in South Africa in 1866, the diamond demand began to rise even higher.

Since that time more discoveries have been made in Zaire (now known as the Democratic Republic of Congo), Russia, Australia, Canada and Botswana.

Through years of research by chemists, geologists, mineralogists and physicists it has only recently become easier to locate and predict locations where diamonds might be found. At the same time, recent research has also enabled us to closely duplicate natural diamonds and find other ways to produce them almost identically. No matter how many extraordinary ways are discovered to duplicate diamonds, it can never replace the value of a naturally occurring diamond.

However, these new diamond manufacturing discoveries do have their own benefits.
Read below to learn more about the different kinds of diamonds.

The word “diamond” comes from the Greek word “Adámas” meaning “indestructible”. This refers to the great strength and durability of the stone. Diamonds are four times harder than any mineral on the earth. 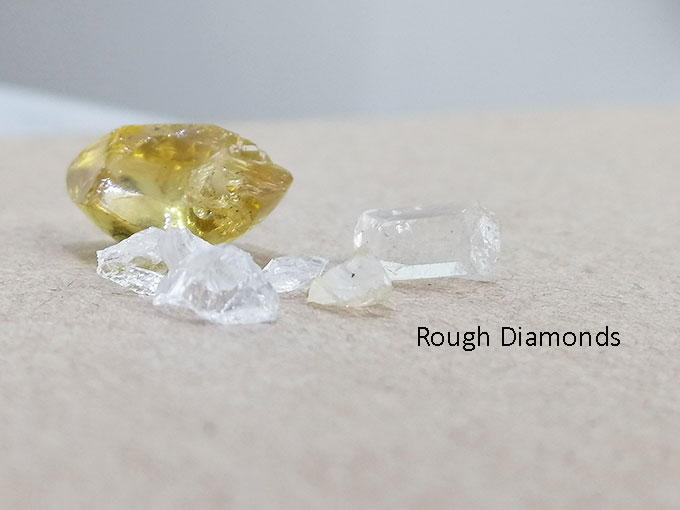 When you look into a natural diamond you are staring into billions of years. This is because the natural diamonds used in jewellery were formed before plants and animals even appeared on our planet.

Diamonds are incredibly rare. They are the purest form of transparent carbon that has become crystallized in an isotropic 3D form, under extreme conditions of temperature and pressure. This occurs many kilometres below the surface of our planet. Diamond deposits tend to occur in specific areas or “diamond stability zones” within the mantle of the earth. These zones are not present globally and no one knows exactly where diamond deposits exist. Volcanic activity must carry the diamond deposits from the fiery mantle through the earth’s crust. 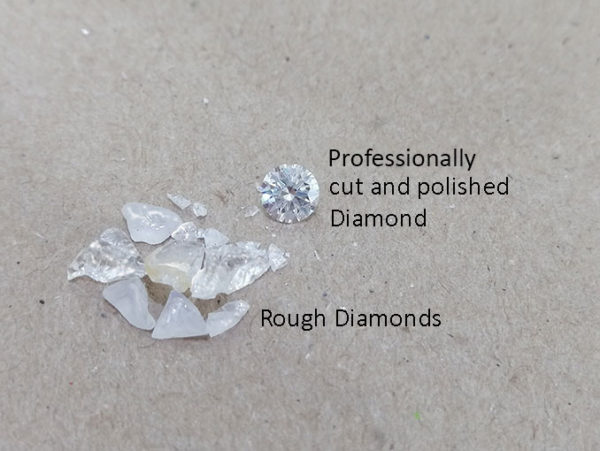 Natural diamonds can also be formed by other processes:

Sometimes an oceanic plate slowly collides with a continental plate, creating the pressure and temperature for a diamond to form. These diamonds are small and not commercially viable. Asteroids striking the earth can produce intense pressures and temperatures intense enough for diamonds to form. Such diamonds are scarce and are not generally available for purchase.

Diamonds can also be present in meteorites. These rare and tiny diamonds are the result of collisions between matter in outer space. A natural diamond is precious because of its hardiness and sparkle, and because of its rarity, energy and age.

A natural diamond has to be extremely well cut and polished to have maximum value. Because of their rarity, natural diamonds will always retain their value and even grow in value, making them great investments.

Synthetic diamonds grown in laboratories have been marketed recently as if they were new inventions, but lab diamonds have been around since the 1950s. Early lab-made diamonds were mainly used for technical and engineering purposes but also used and sold in the jewellery trade. 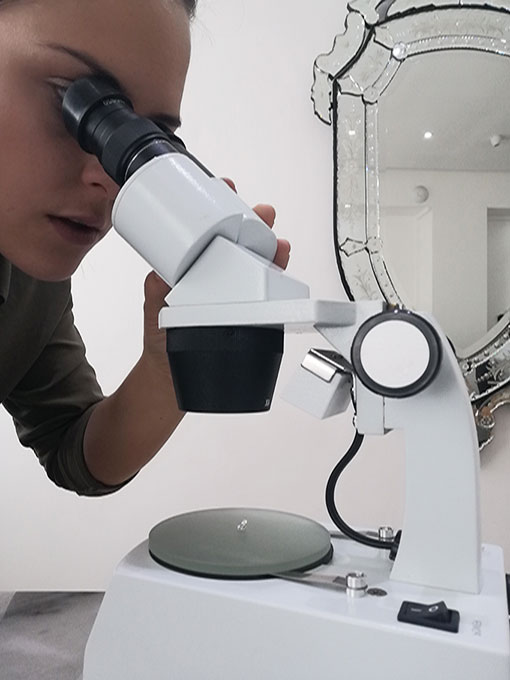 There are two main techniques for cultivating a synthetic diamond:

Both require a “diamond seed”, which is the crystal that will form the basis of growing the diamond. This crystal can be taken from a natural diamond or a synthetic diamond.

The HPHT method was first used by the General Electric Company in 1955 to produce synthetic
diamonds in a high-pressure reactor chamber. Until recently, this process of creating diamonds was limited to making diamonds for industrial use. In the 1990s technological advances made it possible to produce HPHT diamonds that were large enough, and of a high enough quality, to be marketed for jewellery. In the early years of their production, HPTP-produced synthetics were shades of orange and yellow, but now colourless and blue stones are more common. When cut, HPHT cut stones can be larger than 10 carats, and smaller HPHT synthetics are being mass-produced in China.

In the HPHT process, graphite or diamond powder is placed into a reactor chamber on top of the diamond seed, and a metal catalyst is added for growth. The chamber imitates the way that diamonds are created under the earth, subjecting carbon to the necessary high pressures and temperatures.

The CVD (crystal formation method) is very different from natural diamond formation. This process was supposedly patented in the 1950s but it was only in the 1980s that scientists mastered how to create CVD diamonds. In the CVD manufacturing system, hydrocarbon gas and hydrogen are placed into a vacuum chamber at very low pressures and then heated. Under these conditions the hydrogen converts to atomic hydrogen and this promotes diamond formation. The activated carbon-hydrogen atoms in the chamber attach to the diamond seed, bonding with its carbon atoms and replicating the crystal structure of the seed.

Though the CVD system can produce thick growth vertically, laterally the final gemstone can only be as wide as the seed diameter. This means that the size of the CVD manufactured diamond is dependent on the size of the seed.

Early experiments with growing diamonds in CVD chambers enabled the production of only one synthetic diamond in one manufacturing cycle. Nowadays CVD processes are capable of growing 50 or more diamonds at a time, and this capacity is expected to increase in the future.

Growing a diamond in a laboratory usually takes a matter of weeks. After the diamond has reached its ideal growth size, it is cut and polished in the same way as a natural diamond. 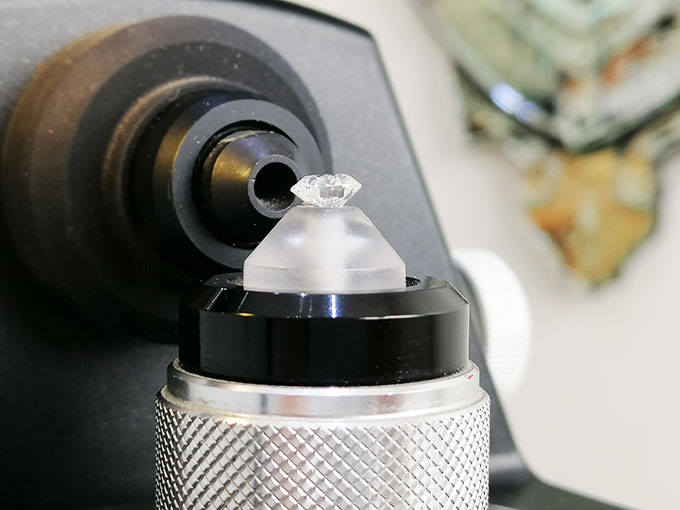 The DiamondView reveals distinctive fluorescence patterns in HPHT synthetics, as these diamonds display magnetism and phosphorescence reactivity that does not occur in similarly coloured natural diamonds. The GIA Gem Trade Lab has reported that CVD diamonds tend to have high red fluorescence under UV light. A diamond’s GIA certificate will reveal whether the diamond is “laboratory-grown” or natural.

Are laboratory diamonds worth it?

Synthetic diamonds are cheaper than natural diamonds by up to 30%. But it is not clear whether they will retain their value in the future as they are now being mass-produced and the value of a diamond is directly related to its availability.

Consider the example of man-made rubies and sapphires:

Laboratory made rubies have been around since the late 19th century after Auguste Verneuil in France used the Flame Fusion process to synthesise ruby particles. Powdered alumina and chromium were fused with corundum using an oxygen-hydrogen torch at 2000 degrees Celsius. Similarly, Carrol Chatham from the USA created sapphires in a lab, in the 1930s using Flame Fusion with corundum, iron and titanium.

Like diamonds, man-made rubies and sapphires are extremely hard and resilient and therefore have industrial uses. They have also been marketed for jewellery. When they first became used for jewellery purposes, the price of naturally occurring sapphires and rubies suffered.

You can currently purchase a 1 ct man-made sapphire for around 5 USD, while a top-quality 1 ct sapphire will cost about 5000 USD. This is a clear indication that lab-grown diamonds will have little value in years to come. Natural diamonds and gemstones will always hold their value and sparkle.

There are two types of imitation diamonds, namely cubic zirconia and moissanite. Both are synthetic or man-made. They look like diamonds but are not made from pure carbon. Most jewellers can tell the difference just by just looking at them. 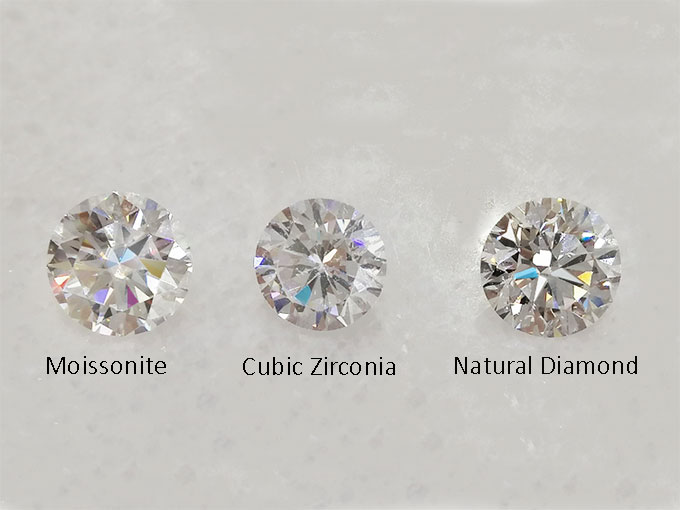 Cubic zirconia (CZ) is the cubic crystalline form of zirconium dioxide (ZrO2). It was discovered in the 1930s as an inclusion within a natural zircon crystal. The cubic zirconia used in commercial jewellery nowadays is synthetic.

Laboratory-made cubic zirconia has been on the market since 1976, and is forged from zirconium oxide powders mixed with calcium and magnesium. It can be made to resemble a colourless diamond and fancy-coloured diamonds. Cubic zirconia can also imitate the cut of any real diamond, from cushion cut to princess cut diamonds.

Compared to real diamonds cubic zirconia is inexpensive, and for this reason, it can seem like a good alternative for a diamond engagement ring. Apart from looking similar to a real diamond, cubic zirconia has no real value. It costs about 0.2 USD for 1 ct.

Cubic zirconia has a lower refractive index than a diamond, meaning it holds less shine and cannot produce the wonderful shimmering radiance of a real diamond. Cubic zirconia tends to emit warm orange hues and looks expensive. It is also not nearly as hard or resilient as a diamond. A diamond will last you a lifetime and beyond to become a family heirloom, but after two years a cubic zirconia will need to be replaced from wear and tear. For this reason, it is not ideal in an engagement ring.

In 1998 moissanite became a major competitor to cubic zirconia in the market of fake diamonds.
Like cubic zirconia, moissanite can be found naturally, but this is extremely rare, and all commercially available moissanite is synthetic.

In its natural form, moissanite is found as tiny crystals within meteorites. It was discovered in 1893 by French scientist Henri Moissan who found microscopic particles of the material in a meteor crater in Arizona. At first he thought these crystals were diamonds but found out that they were made of silicon carbide – a compound that had already been synthesised in the 19th century.

In the laboratory, moissanite is created as a single crystal out of silicon and carbon by a patented technology that grows the fake diamond within two to three months. Because the technology is patented, only one company in the world (Charles & Colvard) is technically
allowed to make moissanite – though other companies make the same type of faux diamond and sell it under different trademarked names. Moissanite is superior to cubic zirconia in hardness and resilience. Being made partly of carbon, moissanite is closer to the structure of a real diamond which is pure carbon.

Moissanite has a double refractive ability, which means it holds more sparkle than a diamond and the light emitted is of a rainbow effect. Moissanite is said to exhibit “fire”, whereas a real diamond radiates both fire and ice through colourful flashes interspersed with brilliant white scintillation. The rainbow light emitted by moissanite is what makes it so unusual and sought-after. 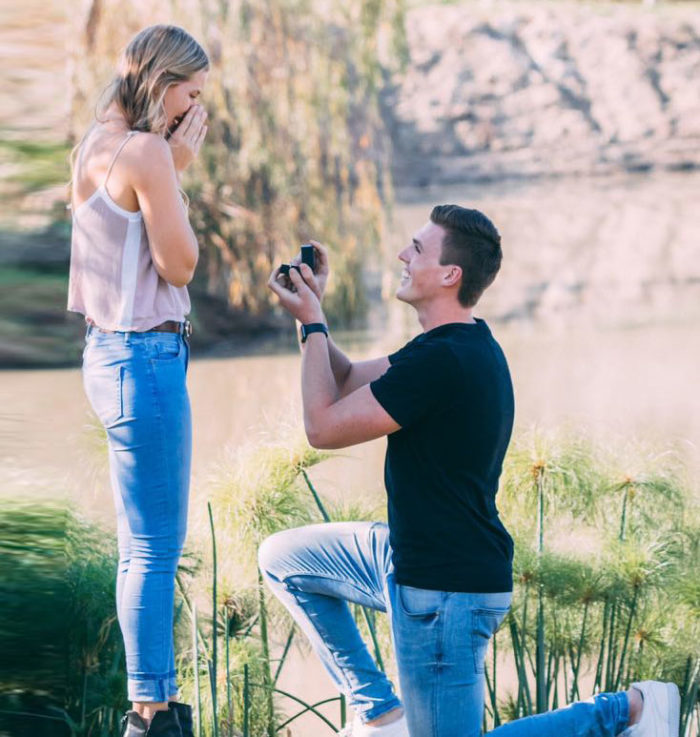 Our sales team at Cape Diamonds can talk you through the process of choosing a perfect conflict-free, GIA-certified, natural, earth-made diamond for your engagement ring at a price that will suit your budget.

Remember that we offer to beat any other quote.

Be sure to select a diamond and select a ring

We can beat any quote.
If you can imagine it, we will create it.
Select Ring Back to Diamond Shapes
Don't forget to visit our blog All prices are subject to availability
and exchange rate fluctuations.