If you have been wondering how to add more romance and sentimentality to engagement rings, understanding the deep symbolism behind many of the styles, stones and practices can be a great way to find inspiration.

The very first diamond engagement ring in history is thought to have been given by Archduke Maximillian in 1477, when he presented a ring to his beloved, Mary of Burgundy. Before that, rings were generally simple metal bands. Commoners wore iron, while royalty wore gold and silver bands to symbolise wedded bliss. Inexpensive stones were sometimes used, but diamonds were nowhere near as popular as they are today.

In earlier times, this ring represented a part of the bride’s dowry. The ring indicated that a women was betrothed, and the quality of the ring indicated her groom’s social standing and wealth. Today, of course, the ring has far greater symbolism – regardless of the status of the groom or the bride. Diamonds are used along with a variety of other stones and metals, with more choice in ring styles than ever before.

What Does Your Engagement Ring Say About Your Love?

What exactly do engagement rings symbolise, and why are they worn on the left finger?

According to common belief, it was the ancient Romans that began the tradition of placing the ring on the finger of the left hand. This is because they believed the ‘vena amoris’ (vein of love) to be found on this finger, which connected to the heart.

Some interesting symbols that you may want to consider for your ring include the following:

If you would like professional help designing your dream ring, contact Cape Diamonds today for a consultation. We will help you create the perfect choice of engagement rings that has all the symbolism you  could ever want to make it truly one of a kind.

Engagement rings are precious in more ways than one. Protecting your ring to ensure that it lasts forever (or at least as long as possible) is the best way to keep your investment safe through the years. For many future brides, receiving the ring and wearing it is a moment that will never be forgotten. One day, you may dream of handing your precious ring to your daughter for her wedding. Your daughter may then be able to hand the ring down to her daughter. This is how heirlooms begin.

In order to keep your ring in its best possible shape however, you first need to take a few steps to help it last through the years. 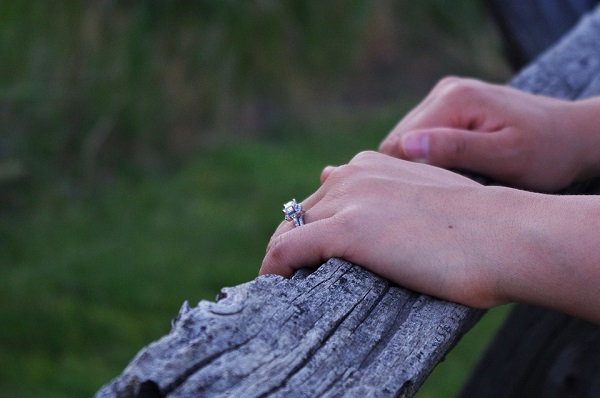 Depending on the style of your ring, the overall value and the type of metal and stones used in the ring design, your ring may be naturally long-lasting or it may require a bit of extra care when worn every day. Certain metals, such as platinum, are known for their strength, resilient and finish, with little to no tarnish appearing. Other metals however, such as the popular rose gold that is seen in so many modern ring designs, is a little bit softer and may need a bit more care. Stones such as diamonds are measured by their hardness as well as their clarity and colour. Pearls for example are not as tough as diamonds, while morganite can also be a good deal softer than a diamond.

Over and beyond steps that you can take to preserve your ring, it is essential to understand your ring from the moment it is put onto your finger. Find out what properties the metal has, and do your homework to determine the quality and strength of the stones used in your ring. This will firstly allow you to accurately insure your ring, and secondly, it will help you know whether any special steps are needed to look after it properly. Some other steps that you should take to preserve engagement rings include the following:

In addition to custom ring design, Cape Diamonds also provides a number of cleaning and repair solutions. Contact us today to find out more about protecting and caring for your engagement ring.